Understanding the cause of sheep foot rot 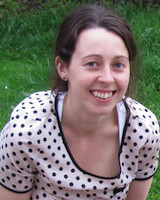 MLS bursary awarded winner, Rachel Clifton began her studies at the University of Cambridge and qualified as a veterinarian in 2010.   After practising for 3 years she won a NERC ( Natural Environment Research Council) studentship and entered academic research.  Her focus has always been veterinary epidemiology and microbiology.   Her MLS funded project at the Warwick University School of Life Sciences looks particularly at foot rot in sheep.  Sheep are an important source of milk and meat to many people throughout the world.  Foot rot is an infectious disease of sheep and occurs in all sheep farming countries of the world.  It affects the sheep by causing painful inflammation of the skin between the digits and causes lameness and so is a major concern of animal welfare.  Diseased sheep are less productive because they loose weight; affected ewes produce less milk.  This results in up to 15% fewer lambs reared in affected flocks, and is estimated to have cost the UK sheep industry £700 million over the last 10 years.

Foot rot is associated currently with two species of bacteria.  One of these species, Fusobacterium necrophorum has always be thought to be persisting in pasture.  Rachel and her colleagues have recently found that this is not the case.  Their evidence suggests that this  bacterium is spread between feet when a foot is diseased with foot rot, i.e. the bacteria is taking advantage of the foot rot to spread.  This would fundamentally change current understanding of how the bacterium behaves and spreads.  This more subtle understanding will help the estimated 75,000 sheep farmers in the UK to develop better on farm disease management thereby ultimately increasing the sustainability of sheep farming.  It is also hoped that this research will lead to a potential reduction in the use of antimicrobials in the treatment of foot rot.